With PRIMORDIAL’s new album receiving all the praises in the metal world, we thought it was high time we caught up once again with their delightfully frightening frontman, Alan “Nemtheanga” Averill. Always a source of humor, music knowledge and interesting social commentary, he takes the time to answer questions about “Where Greater Men Have Fallen” music and lyrics, DREAD SOVEREIGN, his triple visit in Greece for 2015, internet “critics” and much more! You are restless and wild indeed Mr. Averill, restless and wild…

So, first of all, congratulations for the astonishing “Where Greater Men Have Fallen” and “All Hell’s Martyrs”. Two new albums, plus extensive touring, all in one year. Where would you attribute all this productivity?

Who knows, just being restless and wild huh? I have just been quite driven this last couple of years to work with some different people and create as much as possible musically.

Speaking about productivity, it’s obvious it takes up a lot of energy. I had read your column in Zero Tolerance about energy drinks and touring hardships and taking into consideration the incident in Spain with the stolen equipment, one would realize life on the road is not easy at all. Do you see that taking its toll on you or deterring you in any way?

It’s just life, isn’t it? Swings and roundabouts, ups and downs what can you do? Anyone can be robbed anywhere at anytime it’s just one of those things, you can only shrug your shoulders get on with life and not let it grind you down. 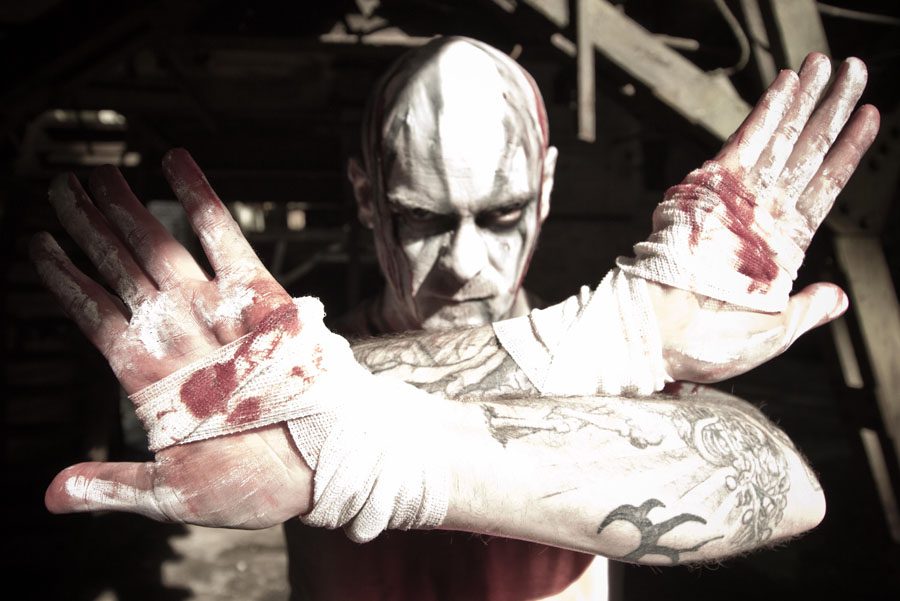 Now let’s delve into “Where Greater Men Have Fallen” a bit more. What does the title refer to? Also, could you share a few words on that breathtaking art cover?

I wanted to make the title something a bit more simplistic and easier to understand than the previous album. It basically means no matter what you achieve a a greater man or woman has already failed. The war may be fundamentally over and leave you with only a battle to fight.

For me, “Where Greater Men Have Fallen” has a really aggressive and dark/bleak sound, with the epic element highlighting only specific parts (like “Wield lightning to split the sun”, which I replayed a ridiculous amount of times). Analogically dark and aggressive is your voice as well, which startled me quite a few times. Was this sound a result of a particular mindset or emotional state you guys were in or did it flow naturally through the lyrical themes it had to surround?

Everything is quite natural. We don’t sit around plotting and planning. The songs are as they are and what we created at the time. We wanted a more open, live sound with a harder bass tone and more dynamics so hopefully this is what you hear.

On the titled song there are some lyrics that really strike me and I’m talking about “They made you build your tomb with your own hands and ground your kin to dust, in the dark satanic mills of progress”. Does that last great metaphor only stand for the evolution of warfare or the general capitalist system we live in?

The dark satanic mills are a reference to William Blake, who the alchemists head is about. He wrote it about the orthodoxy of the church at the time but I’ve taken it to mean the process of the industrial revolution. I also wanted to sing the word satanic in a Primordial song!

I have read in other interviews of yours that the lyrics in “The Seed Of Tyrants” revolve around the Arab Spring. Between the release of this album and this question being written now, the horrible events of Charlie Hebdo happened. What are your views on the matter?

Oh….I thought this was a short interview… Huge question. There are so many angles to this. It’s obvious that the model of European integration has failed or is failing, maybe it was inevitable once we hit the recession and follows in the wake of the economic/banking collapse. Think on this, 50-60 000 foreign fighters have joined the ranks of IS in the last 6-9 months, this is a massive number. Radicalised by the wahabist teachings throughout European mosques over the last 20 years or more. Were we that naïve to think that the chaos we have witnessed on the streets of the Middle East on TV wouldn’t eventually reach us? It will take one Brievik like character to plan revenge and bomb a mosque and you might be looking at the same chaos on the streets of Europe. The future is impenetrably dark. 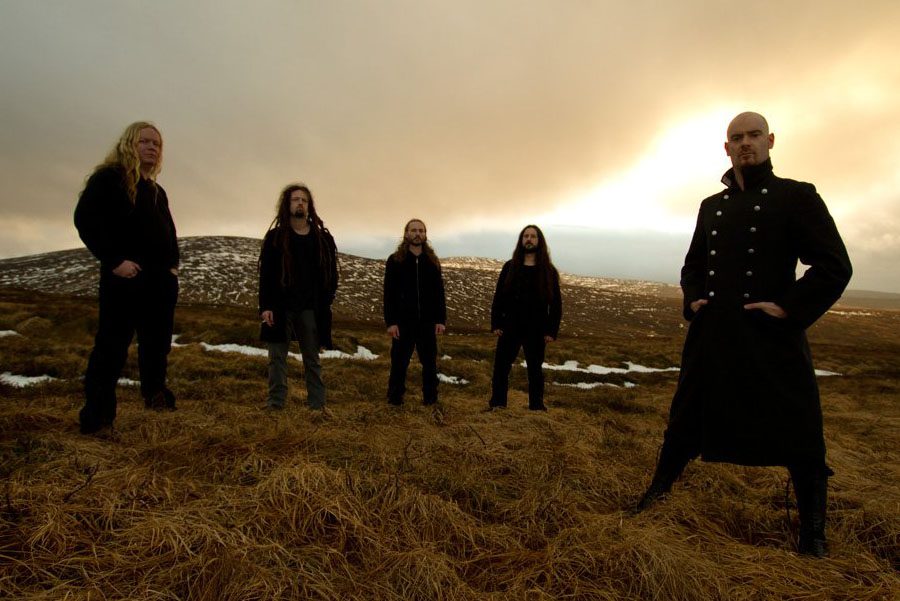 The previous question also makes me want to ask if you think there’s something to be done so the religious overlooking upon art can finally be shaken off, although people don’t really seem keen on getting off their asses for that matter. It’s something we experience quite often here in Greece and if I’m not mistaken something similar is going on in Ireland with that ridiculous “Blasphemy law”.

Look….you can’t argue logic with someone who believe that God gave them a piece of dirt, or that God will reward them with 72 vestal virgins in heaven. It’s human nature to retreat to faith like this when confronted with logic. I really don’t think Ireland’s blasphemy law will ever take anyone to court but it is without doubt a backward step. Witness the so called liberal media out looking for any reason to take offence on behalf of any perceived minority or even words said within your own home/conversation. We are moving towards 1984.

A last question about your views on society. A friend of mine had sent me your facebook post concerning the whole Matt Taylor madness, with internet feminists and professionally angry people bashing him for the “offensive” shirt and him apologizing. It all basically boiled down to a phrase I found quite inspirational, “What ever happened to telling obnoxious cunts to fuck off?”. Do you believe this internet society, or culture, call it however you like it, has gone too far with being “offended” and us paying it so much attention?

Yes, in ever way possible. Social networking has become like cancer for the tenets of logic. Everyone with a keyboard is someone now a critic, expert or a troll, throwing out opinions in an empty headed way to validate their own worthlessness. Scouring the internet for reasons to be offended and somehow thinking that offense is worth anything to anyone. What’s worse is that this guy apologised when he should have made a 3 second video giving the finger. Be offended and fuck off… 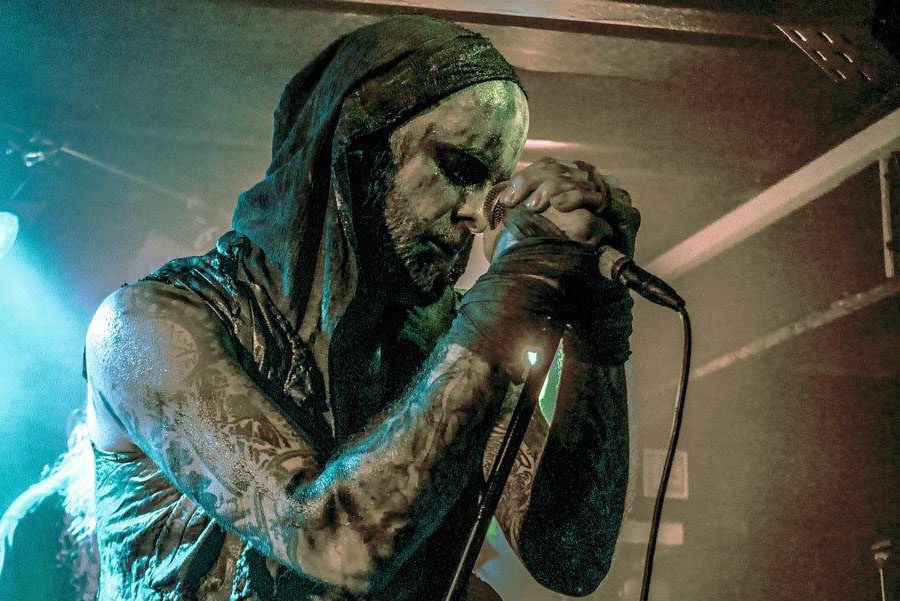 Let’s return to the musical aspects. Besides “Where Greater Men Have Fallen”, “All Hell’s Martyrs” was a hell of an album and I think on both you are at the top of your game. What are the differences between working with Primordial and working with Dread Sovereign?

Ah… many differences, I write most of the music in Dread Sovereign, it’s my band, the aesthetic, sound and lyrics are all mine so I can more or less do what I want with it. Primordial is of course an institution shared by 5 people. It’s important to do other things and be challenged by other situations and have new focus for energy. 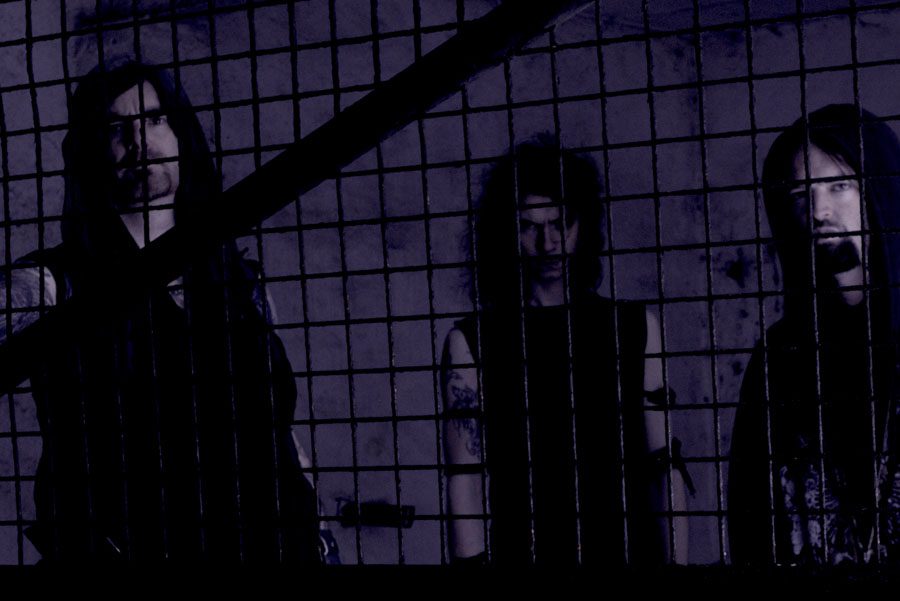 You will be visiting Greece 3 times in one year. Besides the Primordial and Dread Sovereign- Procession concerts, there is also your participation in the Bathory tribute band in “Up The Hammers” festival! How did this come upon? Also, does your participation in addition with Sakis’ from Rotting Christ mean we might have the chance to listen some of the more “blackened” Bathory era?

I have no idea right now… Yeah, it is unusual but just worked out this way. One of those things. I’m hoping to get to spend some time on the islands as well for once.

Speaking of your time in Greece, the last time Primordial visited, I remember the crowd being somewhat less energetic for our standards but you did not seem to mind. You were up on the stage giving 110% of your energy and being a totally imposing figure. How do you maintain such enthusiasm for live performances after doing it for 20+ years?

Hmmm… Well, personally I felt the last show was too soon after the mammonth 3”30 AN club set, only 11 months in between. Maybe we played too often. It’s not the first time though I’ve heard from a few bands that the Athens crowd seems to have become a bit more sedate the last couple of years. Who knows…sometimes it can be bad timing and finances. 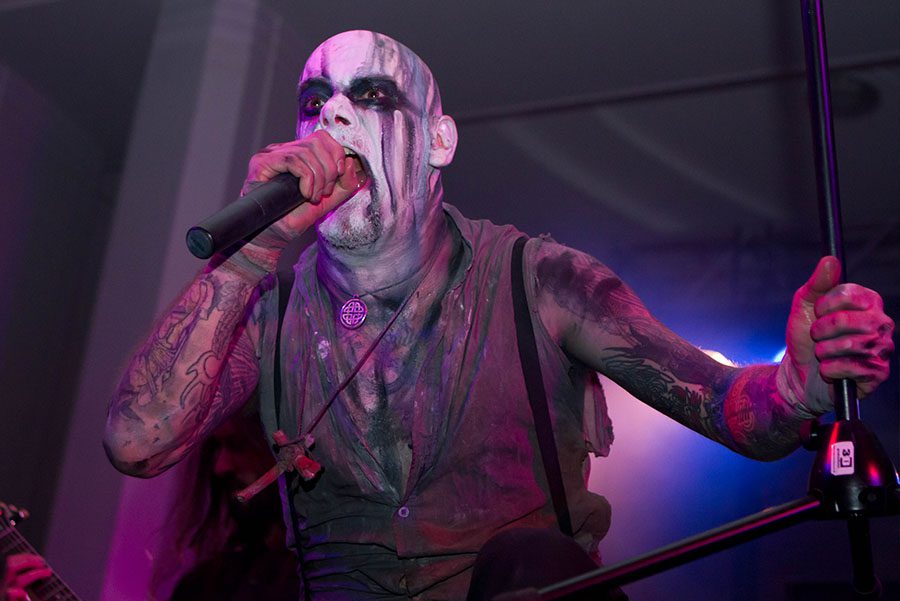 And the last question, a bit cliché but since it’s known your hunger for music is insatiable, what bands do you listen to nowadays?