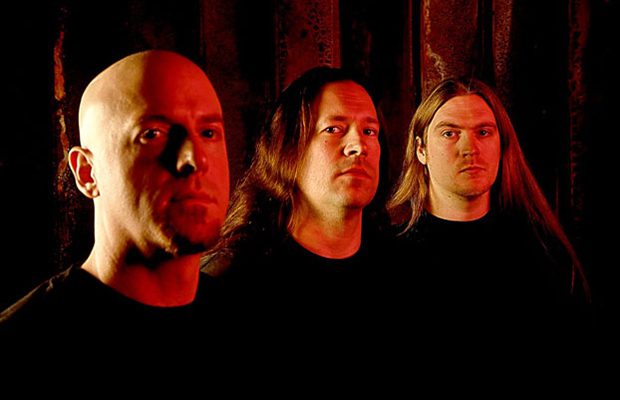 Death metal powerhouse DYING FETUS has announced a North American headline tour for this fall. The trek kicks off October 5 in Wilmington, North Carolina and runs through November 2 in Springfield, Virginia. The tour features support from EXHUMED and DEVOURMENT, as well as WAKING THE CADAVER (October 4-19), ABIOTIC and RIVERS OF NIHIL (October 26 – November 2). Special VIP packages that include a general admission ticket, an exclusive herbal grinder, a meet-and-greet with the band, limited-edition 20th-anniversary poster, and VIP souvenir laminate will be available for purchase here. General-admission tickets go on sale this Friday.

“Re-signing with Relapse Records seemed like the right thing to do for the band as both DYING FETUS and Relapse Records have grown over the years. So our fans can look forward to more brutality from both parties.”

DYING FETUS‘ latest album, “Reign Supreme”, sold around 3,000 copies in the United States in its first week of release to debut at position No. 186 on The Billboard 200 chart. The CD landed at position No. 5 on the Top New Artist Albums (Heatseekers) chart, which lists the best-selling albums by new and developing artists, defined as those who have never appeared in the Top 100 of The Billboard 200.