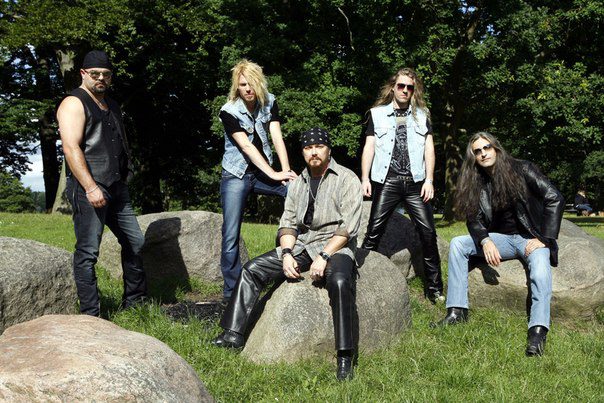 Danish/American hard rockers ROYAL HUNT will release their twelfth studio album, “A Life To Die For”, in November through Marquee/Avalon (Japan and Southeast Asia) and Frontiers (Europe and North America). The material has been described as a continuation of the band’s last CD, “Show Me How To Live”, but with new elements in in both the songwriting and production departments. The cover artwork was created by Kai Brockschmidt (PINK CREAM 69, PRETTY MAIDS) and can be seen below.

“A Life To Die For” will be mde available in three different versions:

“A Life To Die For” track listing:

In order to upgrade its trademark sound, ROYAL HUNT employed a large number of classical/orchestra players in the studio as well as a large choir.

After the highly successful 20th-aniversary tour in support of ROYAL HUNT‘s last album, “Show Me How To Live”, ROYAL HUNT decided to celebrate the occasion with a very special “best-of” package containing three CDs and one DVD. The release included the best ROYAL HUNT songs from all 11 albums, a brand new song plus three newly recorded acoustic versions of three additional tracks and a DVD featuring all the promotional video clips shot by the band during their long ride.