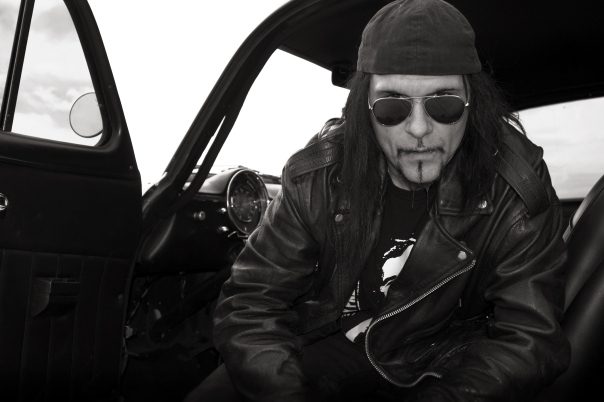 According to a post on MINISTRY‘s Facebook page, the band’s mainman, Al Jourgensen, has “successfully” checked into a rehabilitation facility to receive treatment for alcohol dependency.

Jourgensen wrote on his Facebook page last month: “My sobriety will not, and I repeat, not knock off my sarcasm. If anything, it will intensify.”

He added: “I appreciate the support from my brother and family.

“[I] kicked dope and crack by myself, but I need help on this one, so all your thoughts and prayers are more than welcome.”

In a September 2013 interview with the Washington Times, Jourgenen was asked when the last time was that he used a drug other than alcohol. “Eleven years as of September 6 [2013],” he replied, before adding. “I don’t do pharmaceuticals. I don’t do street drugs. I don’t do anything. I’m just basically slowly killing myself with liquor as opposed to the fast departation of this mortal core with street drugs or pharmaceuticals. So, I’ve chosen that path.”

Jourgensen reportedly suffered a near-death experience in 2010 as the result of a ruptured ulcer. He told Revolver magazine back in January 2012, “After [MINISTRY‘s] ‘The Last Sucker’ [album was released in 2007], I was puking up blood every day. I didn’t know why. That’s been going on for the last four or five tours, though, and I didn’t see a doctor because I just thought that was part of what happens when you’re my age on a rock tour. I didn’t know there was a condition attached to it. I would puke blood and get off tour and it would go away. But this time I got off tour and it was worse. Blood was coming out my nose, my dick, my mouth. I’d stand up and fall over. I lost so much blood, I couldn’t even walk. Instead of calling the doctor, I put on this medieval helmet that I had made in the Czech Republic, and I would quit hitting my head on the tiles, if I put on the helmet. I wore the helmet around for a couple days. I was a tired, run-down, bloated drunk — just a mess. And then I exploded on March 27, 2010, and they had to take me to the emergency room.”

Asked if he could still drink, Jourgensen replied: “I have a male nurse who weighs 350 pounds named Hector. I call him ‘Hector, the third bottle rejecter.’ I’m only allowed two bottles of wine a day now. And it doesn’t even get to that. It’s about a bottle and a half, and that seems to be good along with the medicine I have to take every day for the rest of my life. I just went and saw my doctor and she said, ‘Yeah, you’re actually doing pretty good for being a fucking degenerate.'”

Al Jourgensen‘s book, “Ministry: The Lost Gospels According to Al Jourgensen” — penned by Jourgensen with Jon Wiederhorn — came out last year on Da Capo Press. It is described in a press release as “the high-octane, no-holds barred memoir by the legendary godfather of industrial music. The book is fascinating, both ugly and captivating, revealing a character that has lived a hard life his way, without compromise.”