We’ve reached November 2015 and PARADISE LOST are back in town after 14 months since their last appearance in front of Thessaloniki’s audience! Having a fresh record “The Plague Within” with a great sense of rotting old-school sounds blended with their entire carrier maneuvers, there were a lot of expectations that were building with time.

Due to working obligations I did arrive late on the –more than half empty- venue missing entirely VAIN VELOCITY’s appearance for whom, I’m afraid, I won’t be able to give you any hints on how they were on stage, apart from the general opinion coming from inside venue chattering, that they were pretty dynamic on stage making an excellent opening act for the concert!

While the clock reads 22:15 the venue still looks really more than half empty and so it did remain until the end of the show. The lights go down once again, and amidst smoke and a choir intro PARADISE LOST hit the stage, and new song “No Hope In Sight” kicks off the setlist. 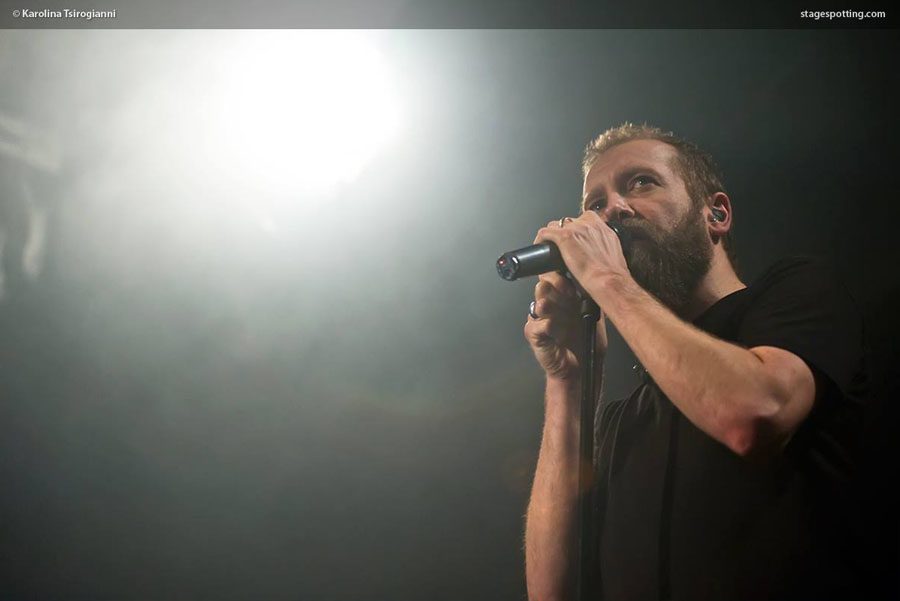 In contrast to their -14 months back- appearance this time the band seems quite un-willing or at least nothing close to willing, to satisfy anyone at all. As I already pointed out, a few lines earlier on this text,  “The Plague Within” songs overlooked the entire setlist giving a rather tedious performance of all the songs including the hit-single breaks every now and then.

The sound though and their performance is quite more balanced. Nick is in a good singing day while 24 years old session drummer Waltteri Väyrynen plays his guts out. Greg looks moody, while Aaron does his thing as always. As for Steve, boredom -in any aspect- is the lesser word that can describe his on stage presence this night. 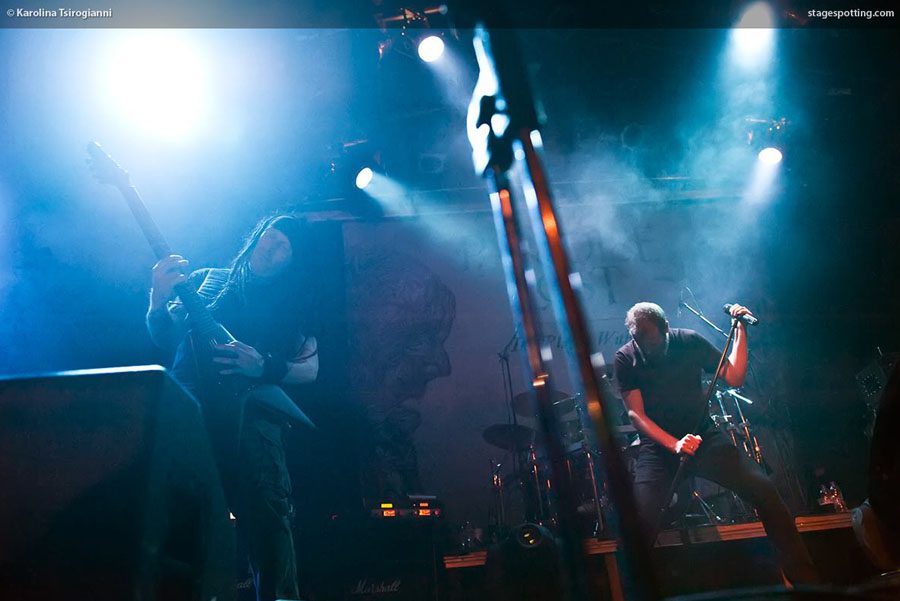 To sum it all up, the night gave me mixed feelings, with the band performing nice having a quite more balanced sound, but on the contrary in a really bad mood to entertain. The setlist leaning more towards the new album and not having many songs from their entire back catalogue, blending together the 75 minute set. The crowd, once again, stubbornly steady to all songs and participating on the up-tempo hits. Not quite a nice spectacle I would say!

Mixed feelings after the show, for both the band and the fans as well. Paradise Lost have proven to be far more better than that, and I’m not sure if they could make it to something better than “the same” if they carry on playing so often in our country, their 75/80 minute sets with ultra-expensive tickets, in a country that has been supporting them since their early days and during a crumbling economy crisis.

Encore:
Return to the Sun
Faith Divides Us – Death Unites Us
An Eternity of Lies
Say Just Words