Probably the most important political act of rock music since the 90s till our days, the awesome and famous MINISTRY would visit our country for the first time and judging from the relatively small turnout and the age composition of the audience in the Athens’ concert venue, I can safely say that hype has been well established for the majority.

Reborn MINISTRY with Uncle Al who’s in good shape after (many) adventures concerning his health, came on the stage according to the schedule and filled the venue with their loud sound and their timeless hits.

No better start than “Psalm 69” and the latest version of the band that accompanies the front man who sound extremely tight. With the guitars being on the foreground of the sound and Al’s vocals clear, we could not imagine a better way to enjoy one of our concert dreams which came alive.

With the Trump video playing on the backdrop, “PermaWar” and “Punch in the Face” from the latest album “From Beer to Eternity” gave their place to the unreleased “Antifa” and outsider “Supermanic Soul”. The new composition did not thrill the audience, mainly due to the indifferent mid tempo rhythm, but the following songs gave us a thrash mayhem with “Rio Grande Blood”, “Senor Peligro”, “Lies Lies Lies” and “Let’s Go”.

The anti-Bush era ended with two top selections from the album “Houses of the Mole”, the songs “Waiting” and “Worthless”. The moshpit is on since the band is now playing purely thrash metal and the “classics” for the rest of the evening. Indeed, the petty uncle Al, gives us “Bad Blood”, “NWO”, “Just One Fix” and “Thieves”.

Even if the evening ended here, it would be perfect, we would all be happy. But the encore kept secret three surprises for the die-hard fans. “Filth Pig,” “So What” and “Khyber Pass” close one of Athens’ best concert nights during the recent years, since there is nothing negative for anyone to stand up for. We hope, just to see MINISTRY in the near future … 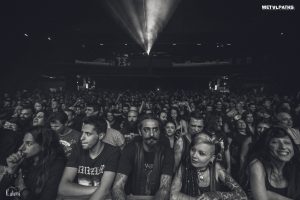 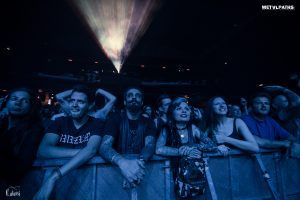 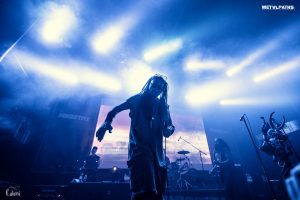 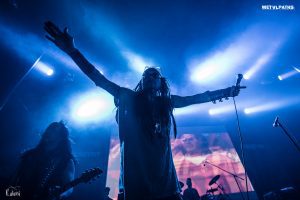 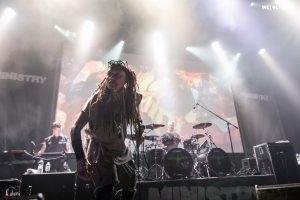 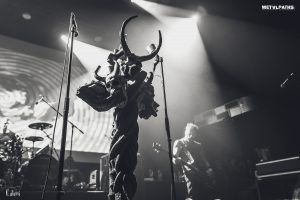 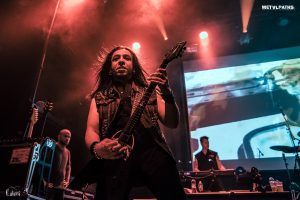 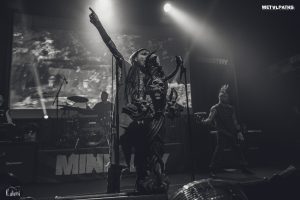 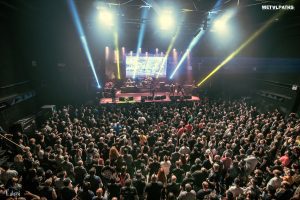 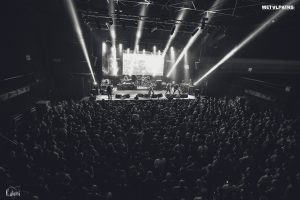 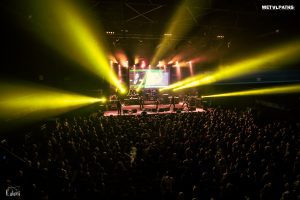 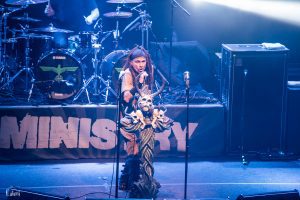 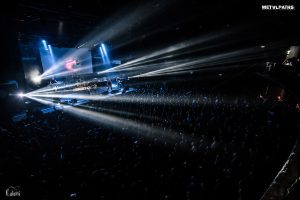 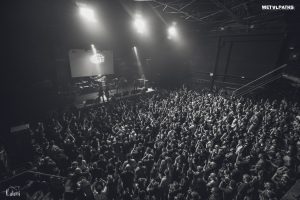