My Soliloquy
The Interpreter 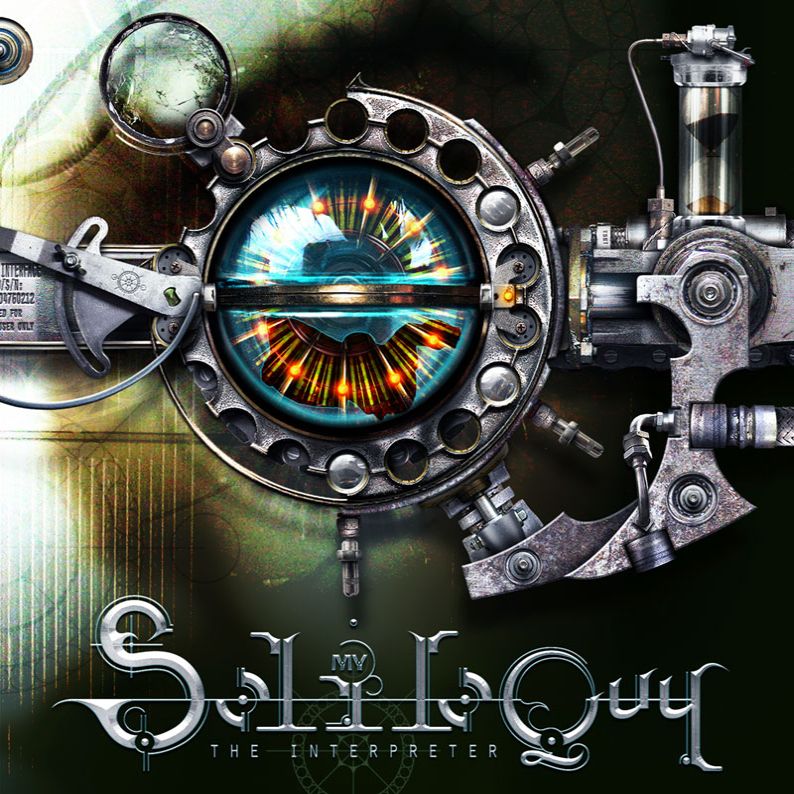 Pete Morten, My Soliloquy‘s founder, principle composer, guitarist, vocalist and keyboard player is one very busy guy. He played guitar on Threshold‘s latest, and marvelous ”March of Progress” and subsequently joined the band. He also does lead vocals for Nightmare World and power metal band Metalloid. One of his My Soliloquy songs is heard in the English indie film Retribution. Morten returns with his first full-length with My Soliloquy project ”The Interpreter”. Once more you get his well-crafted hybrid of melodic progressive rock and metal, driven by his sound guitar work and interesting vocal style.

It should be noted from the start that several songs here have appeared on his two previous demos and the Esoterica EP including ”Corrosive De-Emphasis”, ”Fractured”, and ”Inner Circles”. The My Soliloquy sound has often reminded me of a blend of Threshold and Queensryche. That latter feature may simply come from the feeling that Morten sounds like a cross pollination of Geoff Tate, with a little of Tobias Sammet and Lance King.

Pointing to his vocals and vocal arrangements, you get a more straight forward style with “Six Seconds Grace“, then mixed with the eclectic with “Inner Circles“, and the inspiring and closer “Star“. As to his guitar work, it’s rather impressive throughout while remaining in the traditional rock and metal style. Perhaps the only thing that would have made this album better was a few more new songs rather than a repetition of the past.

Also maybe he should have hired a vocalist, as the vocals were ok but nothing really special. I often had the feeling that he should had a more focused and experienced guy than to sing himself, of course I undestand it is his project so maybe he wants to do whatever he can by himself. Overall My Soliloquy‘s ”The Interpreter” is a good album of progressive metal and worth checking out!!!