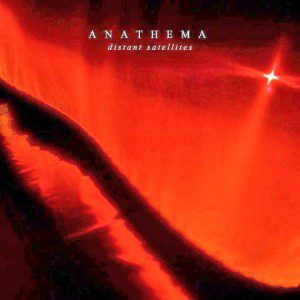 Anathema have been around for over twenty years. Regardless of musical direction, they’ve managed to consistently release albums that were creative, emotional and fairly unique.

In their previous release “Weather Systems” Anathema followed almost the exact same formula as its predecessor, but it was still universally lauded because it was really well done – making the best elements of the “We’re here because..” album even bigger and more prominent. So, where do you go from there?

Stripping down was the next logical step. So, while they’ve opted to use the same basic formula for the third consecutive time, they’ve also taken it in a slightly different way with rather remarkable – in a bad term- surprises. The most noticeable of those surprises is the slightly darker atmosphere. We’re not talking old-school Anathema of course, but the album isn’t uplifting or “happy” and careless as the two previous ones!

This new feeling is augmented by an increased use of keyboards and a reduced role for the guitars. On paper that might seem like a negative modification, but it’s actually one of the biggest reasons “Distant Satellites” doesn’t sound even more familiar than it already does.

Beginning with track ‘You’re Not Alone’ innocuously enough with a typical Anathema-style piano melody and a repetitive vocal line, where soon enough the piano melody ends abruptly by a distorted guitar riff where high-energy drum & bass percussion take their place, while the repetitive vocal line continues over the top. It turns out, that it’s prepering the listener for the final third of the album, that’s dominated by electronics. Yes, you read well!

Unfortunately, that latter section is also fairly disposable. Each track features minimalist electronics, subtle percussion and repetitive vocals. This presence of electronics could have definitely lent “Distant Satellites” its own identity, but the songs just aren’t given nearly as much attention as the first two-thirds of the album. So, it just confuses the listener!

Anathema rebuilt their band when they crafted the formula used on “We’re Here Because We’re Here”.. “Distant Satellites” is the third consecutive release to build on that foundation and it definitely has a prominent feeling of familiarity associated with it. Those final electronic tracks though, almost make the final third feel like a totally different album changing my opinion and rating even further to medium.

It could just end with the song ‘Anathema’ that has that “Silent Enigma” touch to it! Overall it seems that the recipe is there, the cook is there but this time the ingredients didn’t work out that well…To be honest with you, I didn’t really enjoy it that much!