Night of the beasts this Tuesday on Gagarin205 and prehistoric dogs meet with bats from hell to give us a full scale animalistic experience! I arrived at the venue moments after Cancer Bats had released their merciless assault on the Greek audience’s ears and I was taken aback from the vast attendance on such an early point of the concert. I’m talking about 800-850 people in a 1000 people maximum venue!

But after I started realizing what I was seeing, I also realized what a fool I had been thinking that someone would deliberately miss Cancer Bats’s set. These guys were out of this planet! The lead singer’s performance was the essence of the phrase “human tornado”. He was explosive, so energetic that at some point I caught myself thinking that if he keeps going like that for the rest of their set, he is definitely getting a heart attack. Luckily for all of us, he didn’t. He kept jumping up and down all the time, running across the stage when not singing, 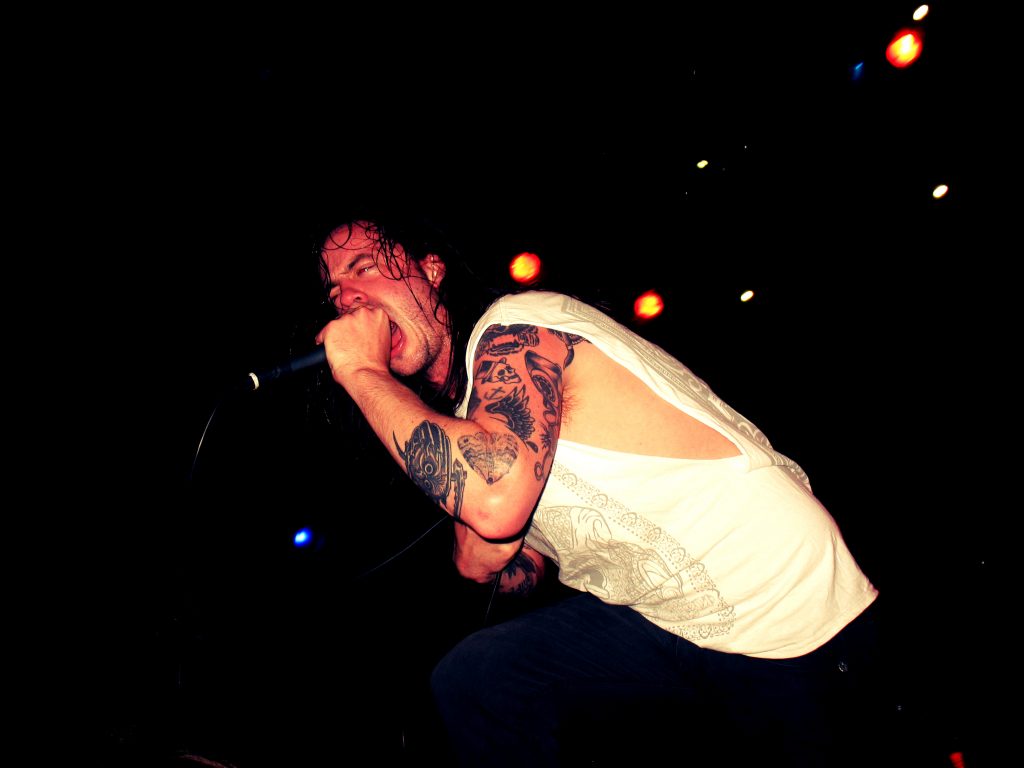 head banging like there is no tomorrow, he managed to pass all of his energy to the crazed crowd below, with which he communicated quite frequently and quite naturally with clever puns and “orders” for mosh pits and such. Needless to say of course that this entire act did not affect his vocal performance, a raging scream, an angry roar from hell that kept blowing away the minds of those watching!

However, I feel guilty if I don’t mention anything for the bassist as well. As much as passionate as the singer, living every moment on stage to the fullest, he helped a great deal with the backing vocals besides his groovy bass work. Their co operation was so pure and well timed that it took me one or two songs to realize that HE was doing those powerful backing vocals in many parts were the front man, dazed in his energy, turned the microphone to the crowd, due to the fact that the bassist’s voice was as harsh, as crazed and as powerful as the singer’s! That is a sign of many hours of practice and of a band that knows how to balance aptly between a wild show and professionalism. With their mix of hardcore punk/sludge/metalcore Cancer Bats managed to deliver one of the greatest openers I’ve witnessed. To be specific, I will never forget the crowd’s reaction on their cover on Beastie Boys’s “Sabotage” that totally rocked the house. Their sound got a little stuffy towards the end of their set but that was not enough to spoil the show.

Talking about professionalism, about 15 minutes after the bats had concluded their appearance, Red Fang set their claws on stage, a band with only two studio albums which, yet, manages to sound so mature and experienced. It only remained to be seen if they could perform live accordingly. And yes they did. I don’t have much to say about Red Fang, they came, they rocked, and they left. Performing like a veteran band that has experienced thousands 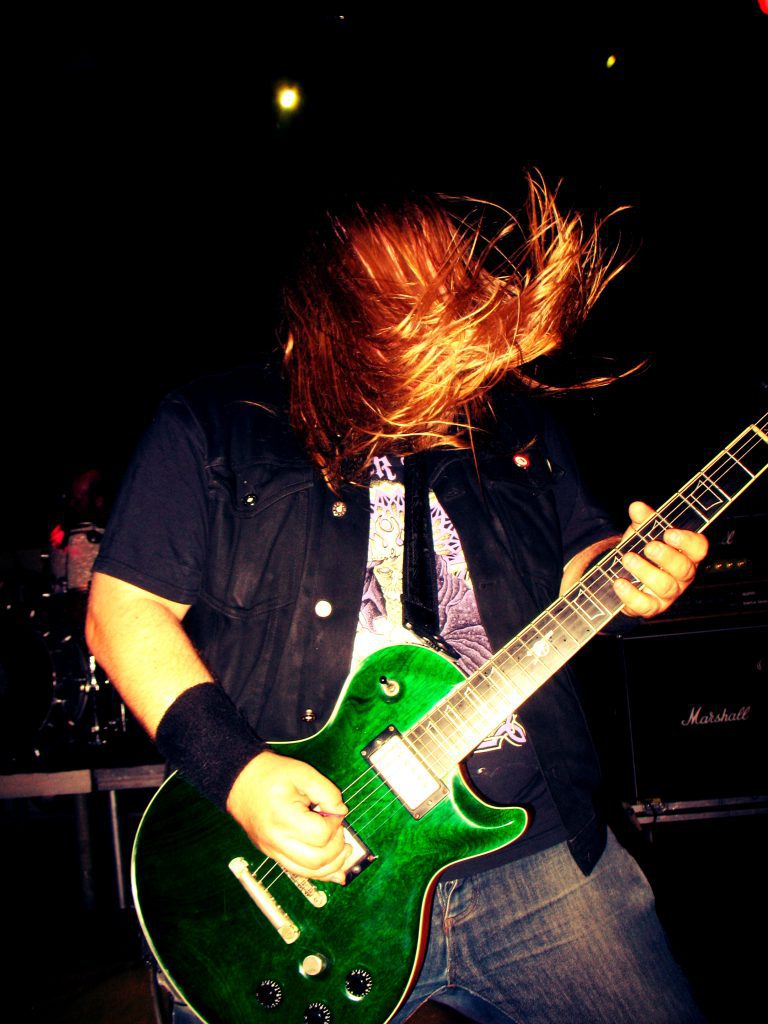 shows of that kind, they gave one hundred per cent to satisfy the crowd of Athens. The alternation between the harsh vocals of the guitarist and the melodic vocals of the bassist was just splendid and well practiced. Concerning the guitar work, whether with slow, southern/sludge rythms or those quick paced punk riffs or long, crazy, psychedelic solos, they captivated our attention and wouldn’t let go. Indicative of how much they didn’t care about anything than delivering a spotless show was the fact that during a song, one of the guitarists was having problems with his guitar belt. Thus, a member of their crew came out on stage to help him strap the belt to the guitar WHILE HE WAS PLAYING THE SOLO. The man just refused to stop the solo in order to strap his belt faster, something that would, however, spoil the song, as it was reaching its climax with the solo. No, he just kept on playing a really long and powerful solo, on his knees, while the roadie was trying with patience for about a minute to strap again the belt with the guitar and you could read on his lips “It’s ok, I don’t mind” when asked by the roadie if he wanted him to stop trying to fix it.

That is professionalism, that is respect for the audience and for your fellow band members and I believe it sums up the essence of Red Fang’s appearance here in Athens. Needless to say they saved the best for last, with Prehistoric Dog being their last song, which of course set the crowd on fire. Finishing, I’d like to point out that there were all sorts of people in that concert, not only metal fans and people of all the age. It’s really nice to see that some underground bands manage to unite people with different style and I hope we get to see that a lot more in the future.

P.S Fun fact: Adding to their awesomeness, one of Red Fang’s guitarists performed wearing a ZOROASTER shirt! Those of you who know your sludge underworld are now probably now smiling and for those of you who don’t know who Zoroaster is, here’s a nice chance to get familiar with their work. What a night!