In metal music there have existed many metal bands. Some of them were the “ancestors”, those who inspired some others and have become the reason for their existence. But as well as nothing remains the same over time, there were changes, good and bad that affected those bands. One member comes and another leaves. And even if in the past things were better or became after few years, the most important factor, the excellent music (and sadly, the bad music), will always be remembered. So, after a lot f thought, we present you below the 10 best female-fronted metal bands so far. 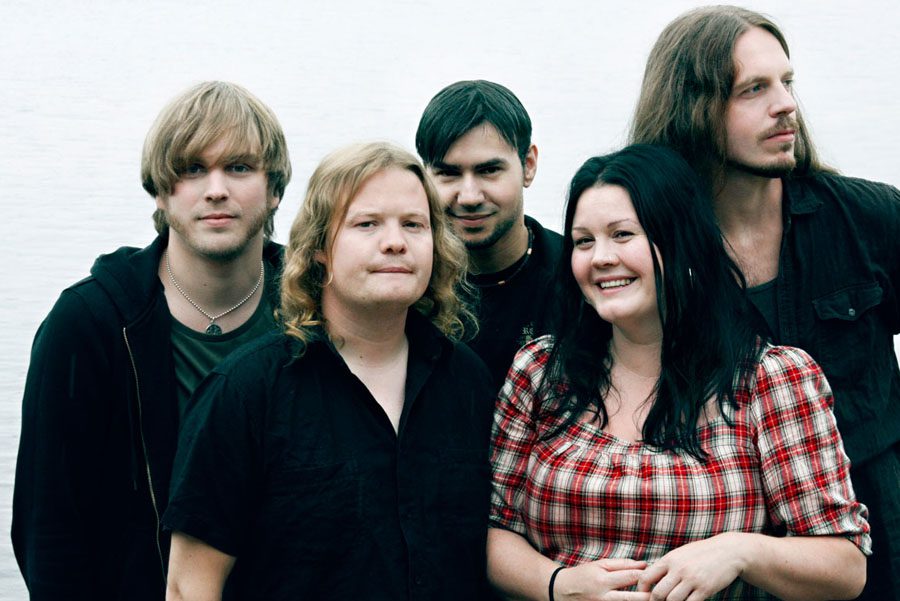 Last but not least is Madder Mortem, a Norwegian progressive metal band. They were formed in 1993 as Mystery Tribe, and in 1997 changed in Madder Mortem. Their lead vocalist is talented Agnete M. Kirkevaag. She has a very deep, atmospheric voice, with amazing high changes which can clearly be observed in songs such as Hangman, from the album Desiderata. As a consequence, her special voice gives an avant-garde sense in the whole progressive/doom metal character of the band. Maybe this is a surprise for some metalheads who do not know the band, but I assure you that it will be a nice one, when you will listen to Agnete’s vocals changes. 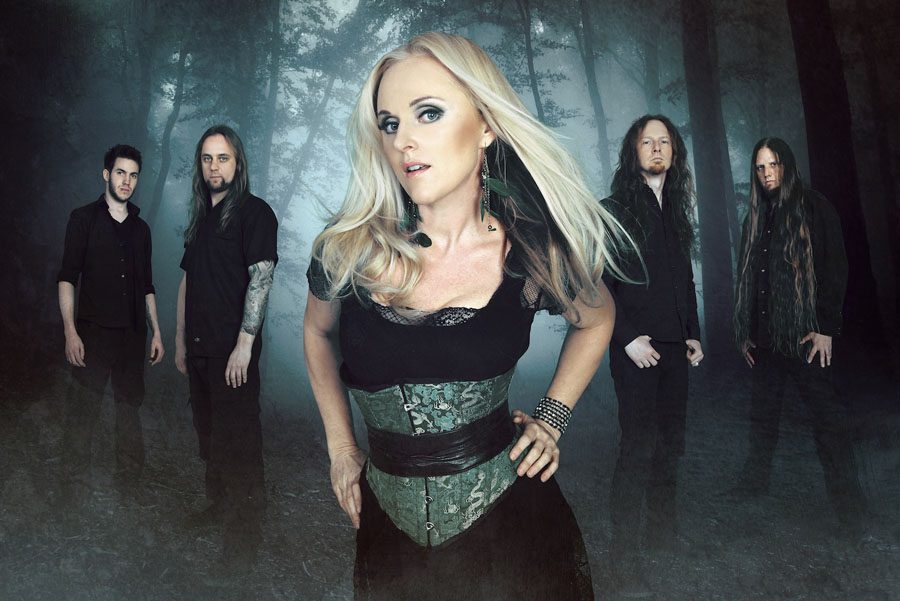 Leaves’ Eyes is a German-Norwegian symphonic metal band from Stavanger, Norway and Ludwigsburg, Germany. They were formed in by Live Kristine in 2003. Previously, Liv had acted in Theater of Tragedy as a lead singer and also in Atrocity. Norse mythology and Viking Age are reincarnated in the songs by the lyrics and the tender but powerful voice of Liv Kristine. In some occasions, her vocals are backed up by death growled vocals from keyboardist and vocalist Alexander Krull. This is a style that Liv refers to as “beauty and the beast”. 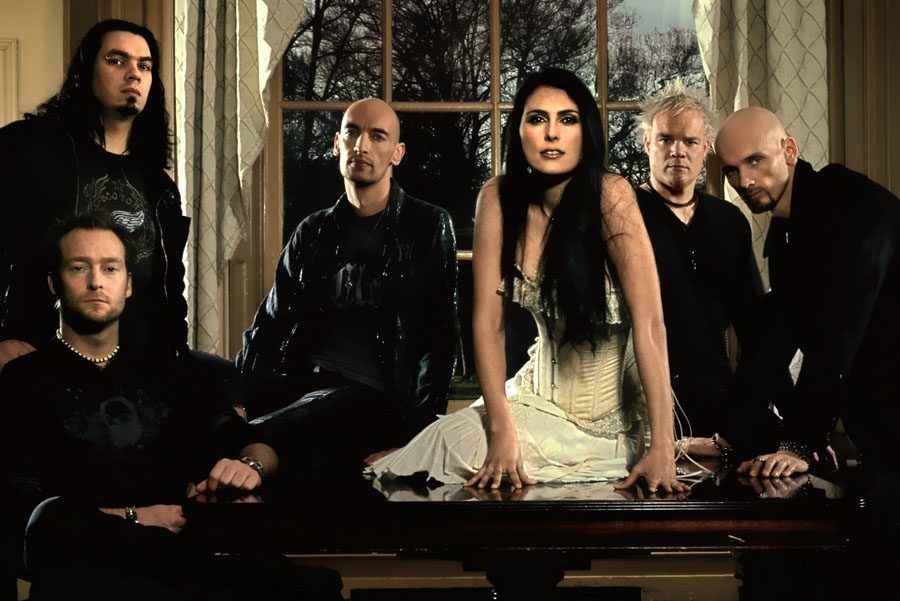 The “Ice Queen” of metal music Sharon den Adel is the lead vocalist of the band. She is known for her angelic but also strong voice. The music is described as symphonic metal and has influences of symphonic rock and gothic metal. Within Temptation were formed in Waddinxveen of Netherlands in 1996. Many years now have offer great music albums with beautiful lyrics and sound. Sharon, with her elegant appearance and voice has been one of the favourite female metal singers worldwide. She has proved that she not only can sing metal but also pop, as she and her band has covered several famous pop songs, such as Titanium from David Guetta, Grenade from Bruno Mars and The Power of Love from Frankie Goes to Hollywood. Moreover, they have worked on some indie and folk rock songs such as the Who’s Behind Blue Eyes and Passenger’s Let Her Go. 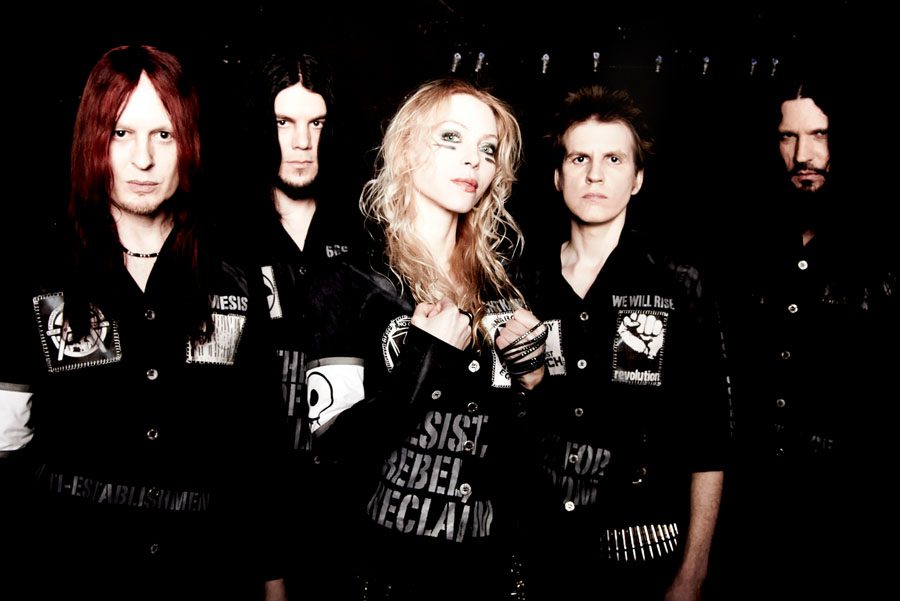 I confess that they are not one of my favourite bands, but I can’t deny that Arch Enemy are widely loved by the crowds. They are a female-fronted metal band different from those above, as they have a melodic death metal sound. The interesting part is that the brutal vocals are made from a woman. At their start, they were a supergroup from Halmstad, Sweden. Johan Liiva (ex-Carnage, ex-Furbowl, ex-NonExist, Hearse) who was the first vocalist was replaced by German Angela Gossow in 2000. Angela left the band in March 2014 and after that, Alissa White-Gluz (ex-The Agonist) became the latest vocalist of Arch Enemy. Listening to the music from both Gossow and Alissa-who is very know for her growls-you can clear in your mind one thing. Those women have not only the voice but also the guts and the attitude to sing that kind of music, and they don’t need to be jealous of other famous male-fronted bands of that kind of sound. 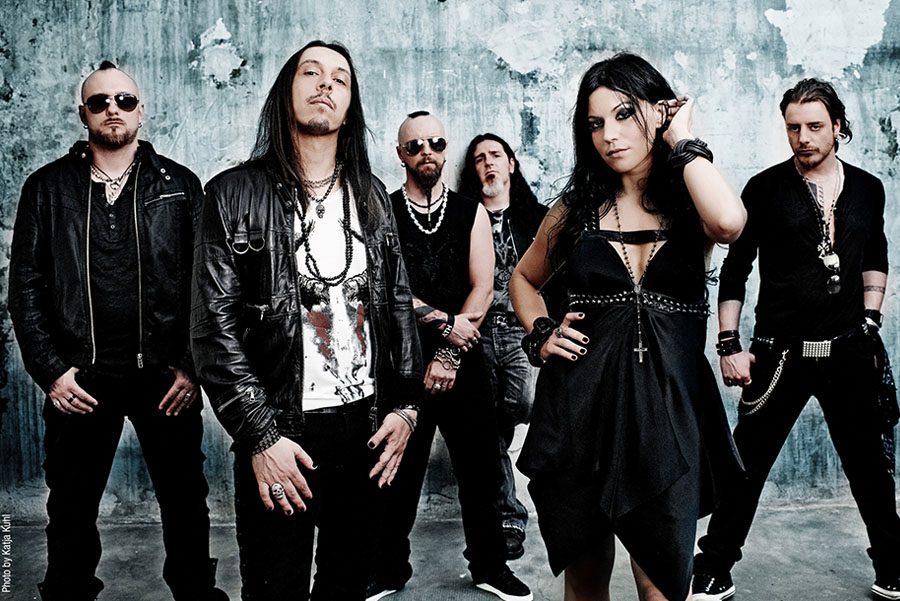 Lacuna Coil could be characterized as a gothic metal band, but with an alternative touch. You can listen to contrasting female and male vocals which create a melodic sound along with more distinct bass line and prominent guitar lines. Exploring Lacuna Coil’s music, is understood that every album has a history, something special to be sung by the beautiful voice of Cristina Scabbia. If we forget the fact that their latest album was not that promising, we can clearly see that they are not just another gothic band with a pretty chick on vocals. 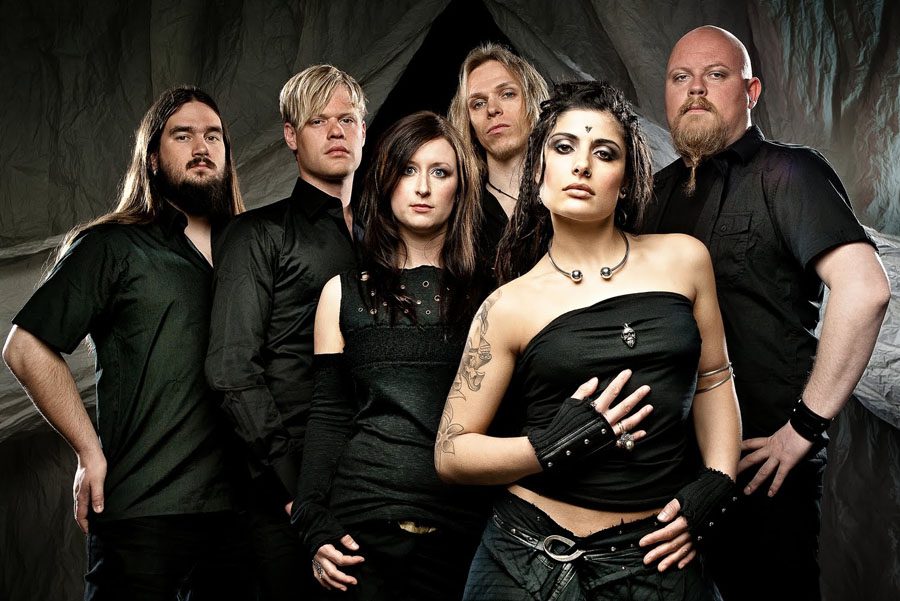 Formed almost a year before Nightwish, in Morten Veland, Norway, Tristania is a symphonic gothic metal band with death/doom influences. Love flirts with pain, absence, suicide, depression and anger. Glorious were the days when Vibeke Stene was in the band. Her soprano vocals were unspeakable along with the harsh vocals. After she left the band in 2007, Mariangela Demurtas’ arrival changed a bit the band’s attitude to something better approached by the average fan. But still,even if she has a very good voice, there’s a feeling that something’s missing here… 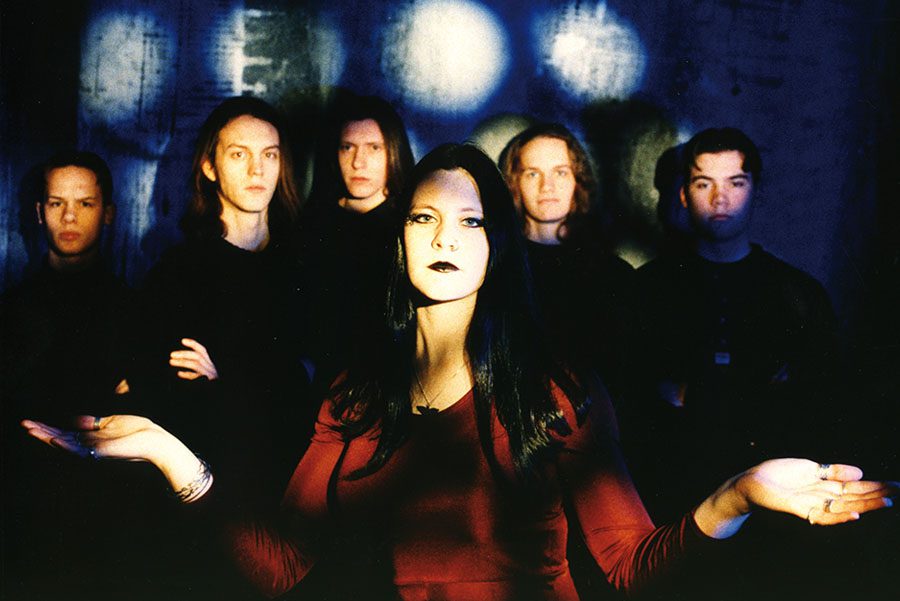 Despite the fact that After Forever have disbanded, will forever be in the heart of those who really loved them. We may have already connected Floor Jansen with Nightwish, but we can’t forget that she formerly was the lead vocalist of an excellent symphonic metal band. Their music had strong progressive metal influences. Soprano vocals were in contrast with death grunts and screams. The founder and one of the main composers of the band was Mark Jansen. He was fired from After Forever in 2002 and, luckily, he formed Epica. 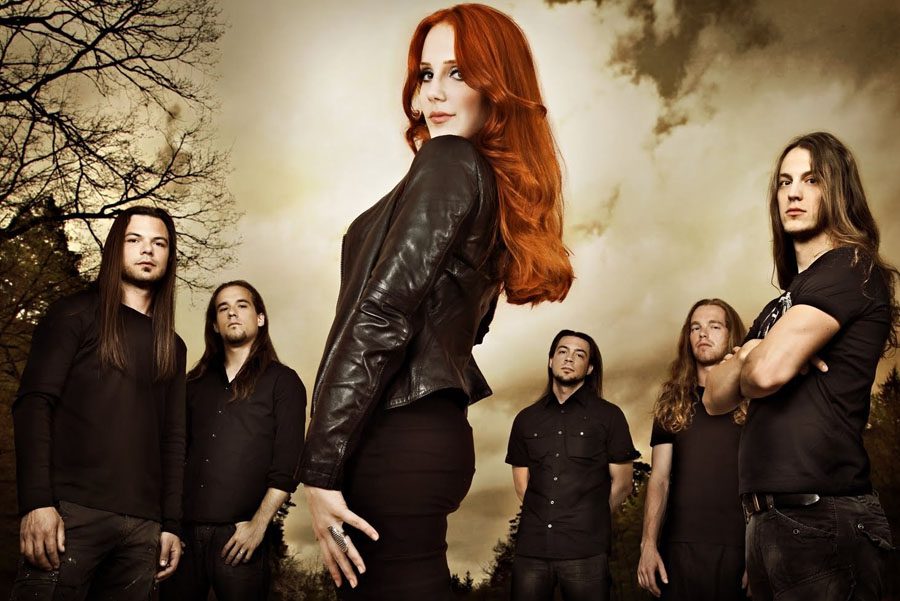 Who could ever forget to mention the name of Simone Simons when he refers to female-fronted metal bands. The divine voice of Simone is the reason that Epica is included in this spotlight. The band combines the explicit female vocals with male growls and symphonic sound. And it’s not only that as they have made it clear since 2003 with their debut album “The Phantom Agony” that is not a Nightwish copy, but have their own special character. And of course, they have the gorgeous Simone. A picture, a thousand…lyrics! 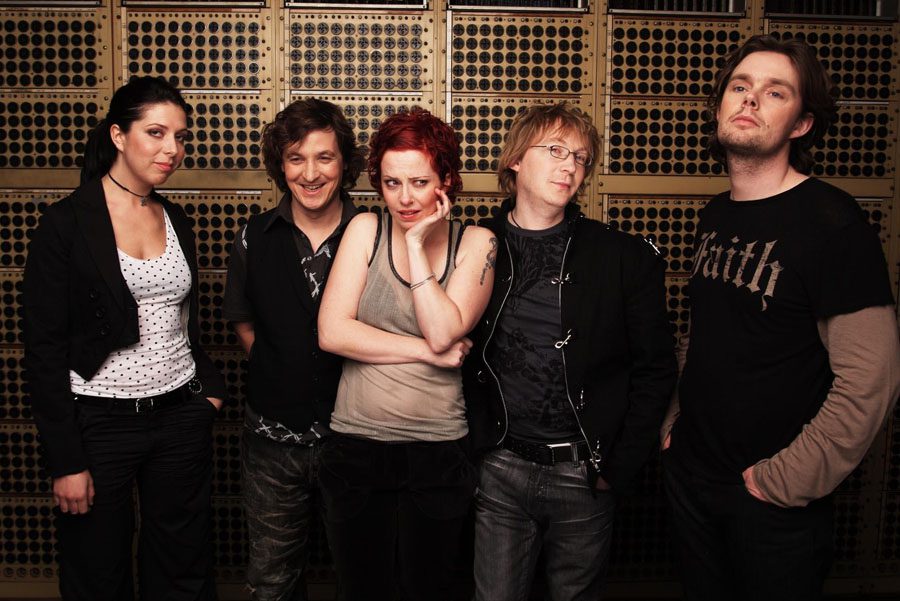 I was in a big dilemma when I was writing this spotlight. But it would be unfair to not include The Gathering, because of their turn in progressive/alternative rock music. Yes, that’s right, once upon a time their works were on death/doom, gothic and progressive metal. They were formed in Oss, Netherlands. They are well-known for their former lead singer Anneke van Giersbergen. Anneke had (and, surely, still has) something exceptional in her voice, something deep, sentimental and strong in parallel. Their influences firstly were Celtic Frost and Hellhammer. After they released the album “How to measure a planet?” , they had embodied in their style some characteristics of bands such as Dead Can Dance and Cocteau Twins, as well as Pink Floyd and Massive Attack. In 2007 Anneke left the group to focus on a solo career. She was replaced by vocalist Silje Wergeland (Octavia Sperati). Until 2014 when they fall in hiatus, they were a totally different alternative rock band. But nobody is able to forget the greatness of metal era and the passionate, enchanting voice of Anneke, who undoubtedly influenced many vocalists. 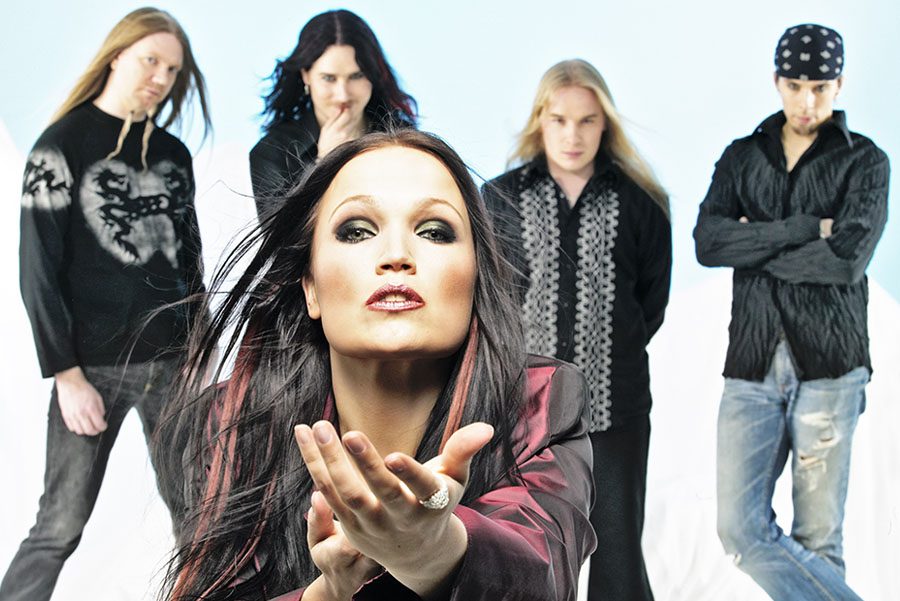 Nightwish is a symphonic metal band from Kitee, Finland. No words can describe the amazing feeling that’s left when you listen to this band. And it wasn’t only the amazing voice o f Tarja Turunen nor Floor Jansen’s who is now the new vocalist and I believe, the true replacement of Tarja. It is also the great work of Tuomas Holopainen, the combination of classic music, operatic futures and metal music. As for Anette Olzon, it’s hard to say that she’s been a “black page” in Nightwish’s book of history. Sorry.